In 1997 she had the idea for the MagicPearls® – one hundred years after Mikimoto invented culturing pearls. In 1998 she applied patents for the MagicPearls® and two years later the patents were granted in 17 countries. The international media was as enthusiastic as her clients. GIA reported in their Gems&Gemology Journal News about the world wide nowelty and asked for a MagicPearls® jewellery for their museum in Carlsbad.

From 1989 – 2009 co-owner of studios in Heidelberg and Berlin. 2009 – 2014 atelier in Berlin. September 2014 opening of her new atelier in Pforzheim. She lives and works now where she started to learn the traditionally old techniques of jewellery handcraft and where she studied jewellery design in the School of Design in Goldtown Pforzheim 1976 – 1982.

Within the last 8 years from today she allowed herself a hideaway from media and internet presence, doing research for new techniques for the Treasure Boxes ideas, applied utility models and registered designs to be able to bring her ideas into an international market. Working very personally for her clients who became friends in years. Reading, writing, listening was another important part within these years – and still it is.

Always asked to give workshops and lectures about traditional goldsmith techniques and design, pearls and gems.

Being invited as 1 of 5 panelists to the anual NAWBO (National Association of Women Business Owners) conference, Orlando FL 2005, discussing about „Expanding your Horizon – Maximizing your Marketing Strategies“.

Being consultant for design, jewellery and trends her whole life, she is ready to share, what she learned within the last 40 years of international work and traveling.

She is ready to give back to the ones who want to participate in her insights and professional experiences.

Introducing Treasure Boxes into an international market is another topic.

It was always easy for her to set priorities. Her Jewellery and her clients who breath her treasures in live by wearing them with great excitements, are important topics in her life. The transition between business and private was always smooth.

During her visit to the Tahitian Pearl Auction in 2000, she was pushed very much to participate the next Tahitian Pearl Trophy 2002 because of her MagicPearls®.
It was her first participating to a competition.
She selected the accessory part of the Trophy, designed a handbag and won 3 prices with it.

The winners were invited to the festive award ceremony in New York at the American Museum of History. It was a great party. A special memory for another Treasure Box. No, she didn’t expect this! She decided that’s more than enough for the following years. Time is so precious.

„Gabriele Weinmann likes to be inspired by people and things that surround her. She is constantly on the road, as her clients come from all over the world. Jewellery should adorn the person wearing it and emphasize the uniqueness.“
Friedrichstrasse Magazin Winter 2008.

„Artist, traveller, craftswoman: no one category is quite sufficient to describe the many facets of Gabriele Weinmann whos creations have gained international recognition by transcending the status of mere decoration to become genuine objets d’art.“ Debrett’s International Spring Collection 1998.

„Symbolism, lyric and poetry is given off  her creations and it seem they breath with the women and men who wear them.“ Claude Mazloum Schmuckverführungen 1995. 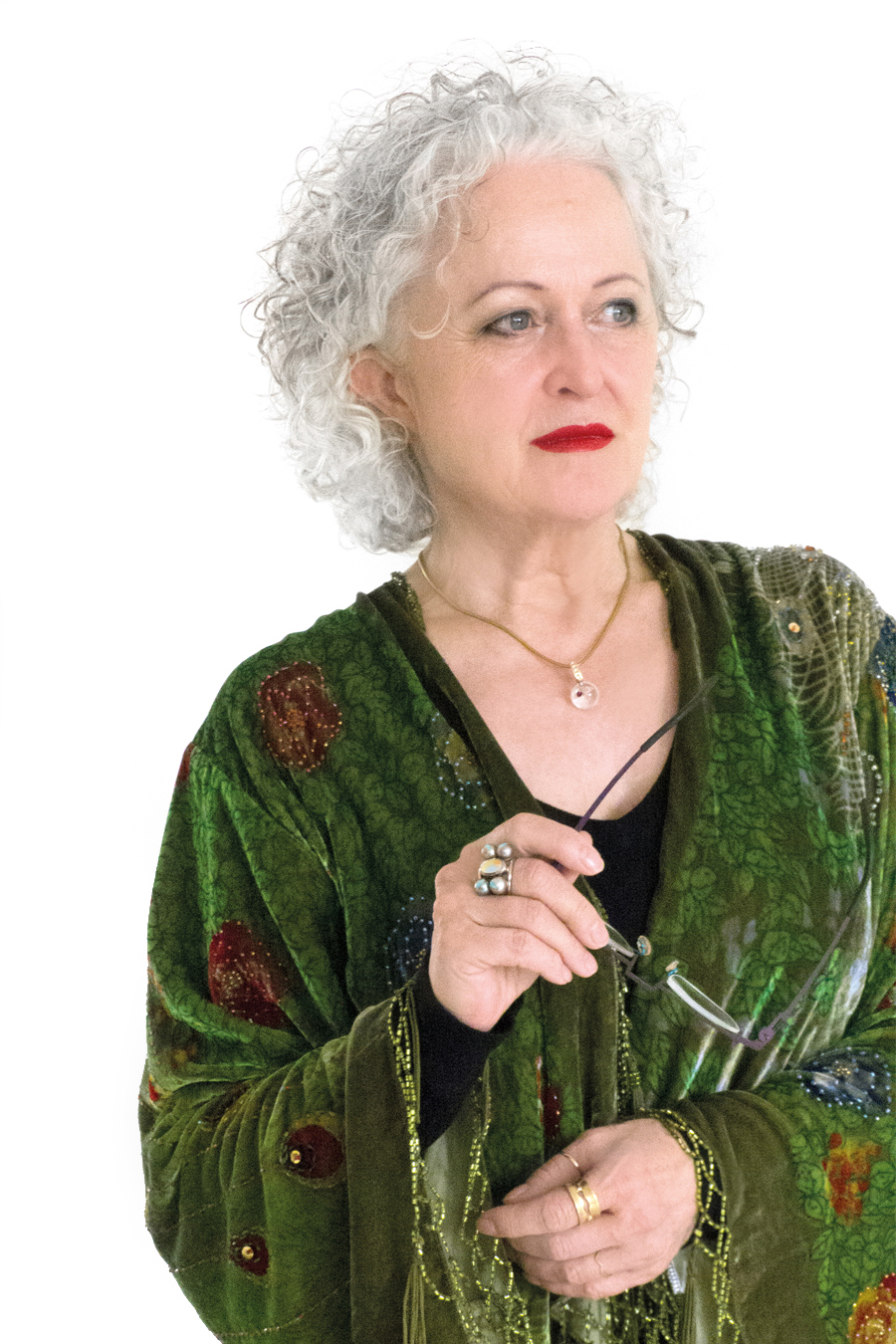 She, who loves colourful fishes and fresh figs
She, who finds feathers given from birds just in front of her foot
and describes falls sometimes as flying
She, who loves to celebrate princely banquets and frugal ones full of fantasy
and makes wings for women who fly then
She, who desires peace and freedom for all of us
She is a goldsmith – so called Alchemist

This email address is being protected from spambots. You need JavaScript enabled to view it.